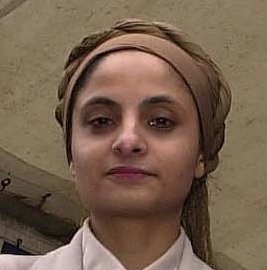 Yasmin Akhtar (sfedi accredited in 2009) is a founder of Go-Woman!, an organisation set up in 2006 to focus on providing “real” business support for women.

Yasmin Akhtar was also Chief Executive of The Asian-e Foundation, a not for profit making organisation, focused on working at grass root level to deliver frameworks which address social exclusion and increase innovation amongst minority ethnic communities,

Yasmin was instrumental in developing the Foundation’s flagship programme, the ‘Women in Enterprise’ framework in 2003. This was delivered across London (funded by the London Development Agency) and Bradford (funded by West Yorkshire Learning and Skills Council). The framework specifically addressed issues concerning women particularly from South Asian community to start up and grow their businesses. The framework was awarded the PROWESS Innovator award in 2004.

Yasmin was also involved in developing the Young Entrepreneurs Framework, which was aimed at young girl’s aged 11 to 16 to stimulate enterprise which was born out of the evaluation of the 18 month long project. The framework was selected as one of the six studies to showcase in front of EU Ministers during the UK’s term of hosting the EU presidency in 2005.

Yasmin held directorship at Asian-e Limited, which was set up to predominately look at providing business advice and support. The portfolio included a range of services from Business Process Management Consultancy through to Training and IT solutions.

Go-Woman! Ltd was set up in 2006 as a result of a comparative study looking at enterprise culture in Scotland, Wales, England and Stuttgart, Germany. Discovering that many women find traditional business support awe inspiring, overcomplicated and often dismissive of micro enterprises and having realised their ambitions later in life to become self employed they set up Go-Woman! Ltd, with a sole purpose of providing inspiration and support to ordinary women to become “extraordinary”; breakout of their comfort zone and help them access advice and further support to realise their ambition to “do it their way”.

As a result, ‘Reading Ladies’ initiative was launched to provide women with a platform to read and discuss books to help increase confidence and speaking skills.